In 2016 Alex received the phone call you never hope you have to answer- her mom called her to tell her that her little brother, Sam (22 at the time), had been in an accident and her mother’s voice began to quiver, as she said, “they are saying he may never walk again.” They had no idea what to expect as a family, but the only thing they were certain of was, that the level of normalcy and comfort they had been living in up to that point, would no longer be their reality. After nearly a month in the ICU, Sam was moved to a step down floor, where his biggest goal was to come off a ventilator. In a matter of mere seconds, Sam’s greatest challenge was simply surviving and while it wasn’t ideal, they were granted something so many people may never have the opportunity to understand- perspective. One night, after a particularly rough day, Alex sat at Sam’s bedside in that chilly hospital room, with the NBA finals playing quietly in the background. Struggling to create some tiny shred of positivity that night for Sam, Alex painted a picture of a cross country road trip. She promised him that they would drive coast to coastm experiencing this country and all the wonderfully obscure things they could. Alex had no idea what that would look like, but she knew that in that moment, those dreams were just a momentary relief in the pain that Sam was living in day after day.

In 2017, Alex was back to work, far from her family and Sam was back home from months in the hospitalm learning his new mode of existence. Life was as back to normal as they were allowed, heavy with painful change and a daily reminder that they were never going back to anything less. Alex received another phone call. Again from her mom and again weighted with her tears of a parent’s confusion. Sam needed constant help, help that she wasn’t familiar with or confident about. They all needed help, and so they would turn to a qualified agency of caregivers to be their life raft in these stormy seas of unknowing. But the reprieve their family so desperately sought was never found, at the hands of caregivers or nurses or even doctors, it was only ever met with more confusion and frustration and isolation.

In 2018, Alex decided to embrace a change on the horizon. After such a long period of failed attempts at finding help, Sam’s needs weren’t changing. Yet somehow, the assistance he was receiving was worsening. So after lots of talks with their family, Alex decided it was time to move home. It was time to take over the responsibility of Sam’s caregiving and relieve her parents of their work and anxiety. It was time to help Sam evolve past this horrific life changing event. So she moved home, but there was one condition. Sam and Alex both had dreams to cash in on.

In 2019, they brought home their first school bus. It was April in Florida and the weather was gearing up for an unforgiving summer, but that wasn’t enough to stop them. They were clueless, they had no tools, no experience and barely any money, but in so many other ways they were rich. So, they cashed that in and started to work on their 40’ school bus. In the middle of converting their bus, they were introduced to an amazing woman. Jordan’s story was riveting to them and they knew they wanted to be a part of her adventure. Suffering from a rare muscular degenerative disease, Jordan is also a full-time wheelchair user who dreams of traveling the country to speak publicly about her life experiences. She, like Sam, faces so many daily challenges that make travel nearly impossible. Alex and Sam remember watching a video of hers where she spoke about a trip to California. Because of airline employees manhandling her wheelchair, she was bedridden for three days, while her wheelchair was repaired in San Diego, a true nightmare. So after so many discussions and hugs and a little bit of champagne, Jordan was the proud new owner of our very first school bus. Sam and Alex were in shock- they had dreamed of a day where they could help more people get into a vehicle that would bring them adventure, despite their disabilities and here it was, less than a year into their existence and making those dreams a reality.

In 2020, they found their second school bus. After a fair amount of research they located their dream bus in Phoenix. They both felt pretty good that the bus was the right fit for them, so Alex flew out to Arizona in good faith that she would be driving back to Florida and that’s just what she did. It took her a total of six days to get back home and probably five days to get used to the bus. They started demo’ing the bus on New Year’s Day, with some fellow skoolie friends that they had made over the past year and it was very much a “pinch me” moment. Surrounded by buses and friends, tearing old seats out of their dream bus, they were in such awe of how much they had accomplished in such a short amount of time.

Now, nearly a year after beginning their second bus, Sam and Alex are still hard at work completing the bus to get it road-ready. While they are determined to get finished as quickly as possible, they also know the importance of traveling in a bus – that is efficient and ergonomic for maximum comfort and safety for a person living in a wheelchair. They intend to make the bus as convenient as possible and know that taking their time to do things right, instead of doing them fast, is of the utmost importance. One of the greatest beauties of bus life is the ability to customize it so much. They have been able to cater to Sam’s very specific needs and that makes this bus even more appreciated and important.

Moving forward both Sam and Alex have big plans for continuing to work with and develop the community of wheelchair users who travel. While they are partial to school buses, they know that there are so many exciting options for exploring and that they are advocates for all of them. They hope to establish a place where those who are interested in the lifestyle can be welcomed and receive any information they may need to get started on their own or perhaps even join their already established adventures. Recently Sam graduated from a Digital Cinematography program and he hopes to use that knowledge to beautifully capture and produce films highlighting his surrounding community of incredibly determined and empowered peers. While he was in school, Alex also attended and graduated from a Diesel Technician program and she hopes that those skills will help to keep us safe and maintained while on the road, but also help to serve our surrounding community of travelers.

Sam & Alex both feel they have discovered such an insightful and strong group of individuals that they can relate to and they hope to always find themselves around. They look forward to continuing to grow with and apart of this community, while remaining inclusive of those people who feel that this world is out of their reach, always working to remind them that this is so wonderfully possible and delightfully rewarding for those willing to take the leap.

What your Skoolie’s Year, Make & Model?: 2004 Bluebird All American RE
What’s your Skoolie’s name?: No name yet!
Why did you choose Skoolie Life?: Sam & I (Alex) were looking for a way create travel opportunities for Sam despite living full time in a wheelchair. We had a few friends who were building out or living full time in their own vans and while we were both very intrigued, we were also doubtful that such freedom was a feasible possibility for Sam and his wheelchair or myself and my full time job. After lots of research, we both agreed that a bus would allow us the flexibility to travel across the country but also the space to keep Sam safe and comfortable while we did so.
Did you convert your Skoolie?: Yes.
How long have you been experienced Skoolie Life?: We began our search for a school bus in November of 2018. We brought home our first bus in April of 2019 and sold that bus in December of 2019. We then bought our second school bus and brought it home for Christmas, beginning the build on New Years Day of 2020. We are hopeful that we can squeeze a first trip in before the end of 2020 and hit the road on a cross country trip in 2021, but if there is anything we have learned from the last two years in this community, always round up when making time estimates!
Do you have kids on board?: No.
Do you have Skoolie pets?: Yes! I (Alex) have one small dog who is a 10 year old parking lot mutt I rescued when she was just a pup. She has been on every adventure I have taken over the last 10 years and I am excited to include her in this one too!
Best part of Skoolie Life?: We both have truly enjoyed watching the sub community of wheelchair users who have reached out to us with their stories about their work towards adventuring more or their own personal rigs that allow them the freedom to explore in ways they never thought they would. It is always so humbling to hear from folks who are insured by Sam’s story and his initiative to try something not many other people have attempted or known how to make possible.
Toughest part of Skoolie Life?: The frustration of deadlines not being met, parts needing replacement, projects not going to plan, and generally the things that cause this project to take far longer than you ever anticipated, forcing your dreams to be (what feels like) put on hold, is one of the most discouraging parts to skoolie life so far.
What do you hope to gain from Skoolie Life?: Ideally this project is a vessel that will bring freedom and discovery to Sam that he otherwise wouldn’t be able to experience. But we are also both hopeful that this bus is able to help so many more than just Sam. We both would love to see more people creating opportunities like this one, but also being granted the opportunity to enjoy these kinds of adventures to inspire and motivate so many people that otherwise face such a regular struggle through life. 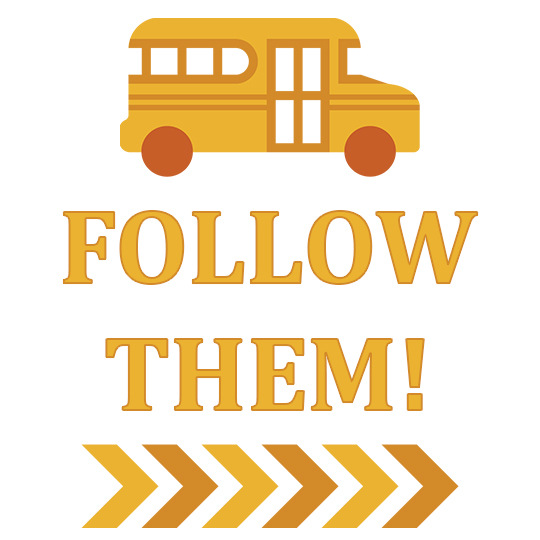 We hope you enjoyed this weeks Skoolie Story! To follow Special Skoolie’s adventure, click on the direct links below. You’re going to love following along as this brother & sister team continue to share their skoolie journey together!

At National Skoolie Association, it is our mission to connect you with the most inspiring skoolie enthusiasts and owners. We want those of you who are dreaming of this lifestyle to be encouraged to pursue your Skoolie Life and we want to connect all of the wonderful people who are already part of this amazing community.